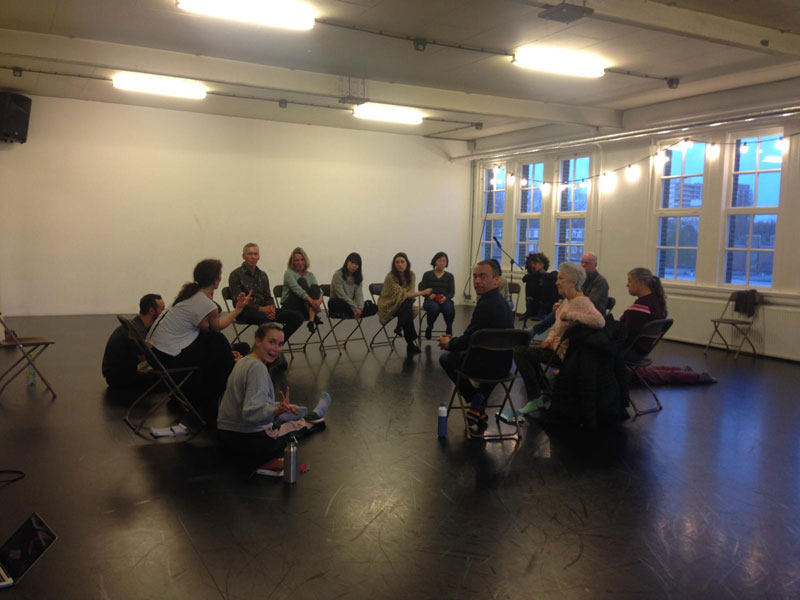 Jérôme Meyer and Isabelle Chaffaud have developed with their latest work a open studio that they call Creative Hubs exchange.

Usually, people come, watch something and then they leave.But in the 21st century they no longer want to watch something, they want to be part of something, make an experience.
Marina Abramović, 2016

With this série of creative hubs we are engaging a dialogue between the action and the audience and ultimately between the audience among itself. The open studio aims to provoke an esthetical art experience, inspire and stimulate intellectual reflection about audience’s freedom and free will and raise question about identity and the act of engaging or not engaging in the course of an action .

With Meyer’s statement – the audience as active co-creator- the initial starting point claims that the audience members needs perspectives and tools within its own creativity to challenge its cognitive perception as a group and as individual.

Check the next Creative Hubs Exchange in our agenda